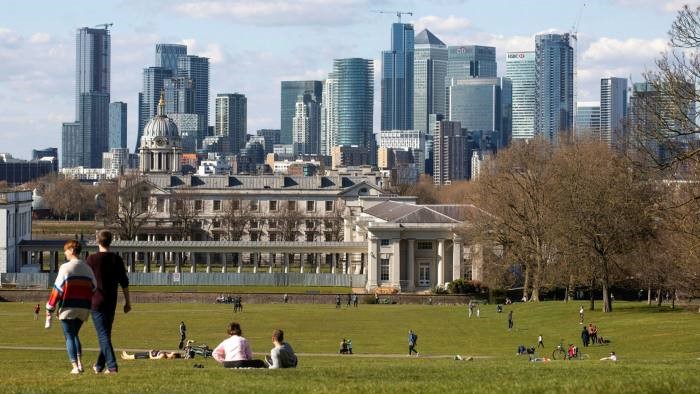 London’s decade-long tower building boom is slowing, with the coronavirus pandemic expected to act as a further drag on new projects already checked by the fallout from Brexit and the Grenfell fire. In 2019, a record 60 towers were completed, more than the combined total of the previous two years and well ahead of the earlier high of 26 set in 2016, according to a study published on Tuesday by think-tank New London Architecture and estate agency Knight Frank. The overall trend shows a gradual acceleration in the building of new high rises from 2009, until the sharp rise last year. Annual completions were up 20-fold in 2019 over the number a decade ago. But last year’s total is unlikely to be surpassed soon, according to the authors of the report, with work on new projects slowing and many building sites being forced to shut down because of the pandemic. Work started on just 30 high rises last year, the lowest number of constructions starts since 2015.

This year may mark the first drop in the growth of the development of tall buildings in London for a decade,” said Peter Murray, chairman of NLA and one of the authors of the report, who warned that the impact of the coronavirus outbreak would further hamper construction. London’s skyline has been dramatically reshaped since 2009, with 214 blocks of 20 storeys or more appearing. The handful of skyscrapers which once pockmarked London have proliferated into distinct clusters across the capital. The building boom has transformed neighbourhoods from Canary Wharf, the city’s second financial centre, in the east, to the suburb of Croydon in the south. New planning applications peaked in 2015, before falling sharply in 2016. The record number of applications are “a legacy of Boris Johnson and some of his key advisers at the time,” said Stuart Baillie, head of town planning at Knight Frank, referring to the UK prime minister’s time as mayor of London.  City Hall’s incumbent, Sadiq Khan, has been more focused on increasing the number of affordable homes, he added. The glut of applications towards the end of Mr Johnson’s term led to a boost in new starts a year later, and the uptick in completions up to 2019. But since 2015, the number of annual applications has fallen by more than a third. As well as mayoral policy, the Brexit vote in 2016 and the three years of political wrangling that followed has dented confidence in the London market. The Grenfell tower fire in June 2017, which killed 72 people, led to intense scrutiny of the safety of high-rise buildings and calls to strengthen fire regulations.

As developers of tower blocks face greater hurdles, Mr Khan’s ambition to build 65,000 new homes a year, from a base of about half that, risks slipping further out of reach.  Many local authorities — particularly those in outer boroughs, which now account for more than a third of all planned towers — regard tall buildings as critical in meeting ambitious housing targets. Nearly 90 per cent of 2019’s completed towers were residential. “The housing supply issues in London, in the context of high land values, mean that height is going to remain part of the equation,” said Mr Baillie. Overall, 16,470 new homes were built in towers last year, almost a quarter of them defined as affordable. Without more towers, said Mr Baillie, “I can’t see London getting close to its housing target.”